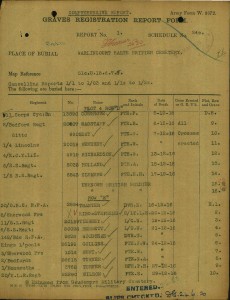 Lionel Eustace King-Stephens, second lieutenant of 8th battalion sherwood foresters. He went to France in July 1916 and was fatally wounded by a sniper on 16th  December whilst wiring, he died four days later on the 20th.

His name is on Teddington hospital memorial and also in Banster Church memorial.